On 18th June 2021, the Hon Karen Andrews MP, australian Minister for Home Affairs has announced a multi-year financial commitment to the Franco-Ivorian International Counter-Terrorism Academy. Based in Côte d’Ivoire, the ICTA seeks to build a comprehensive and sustainable CT capability that spans the region’s military, police, judicial and customs communities. Australia’s contribution to this initiative demonstrates our shared interest in addressing the drivers of terrorism and radicalization. 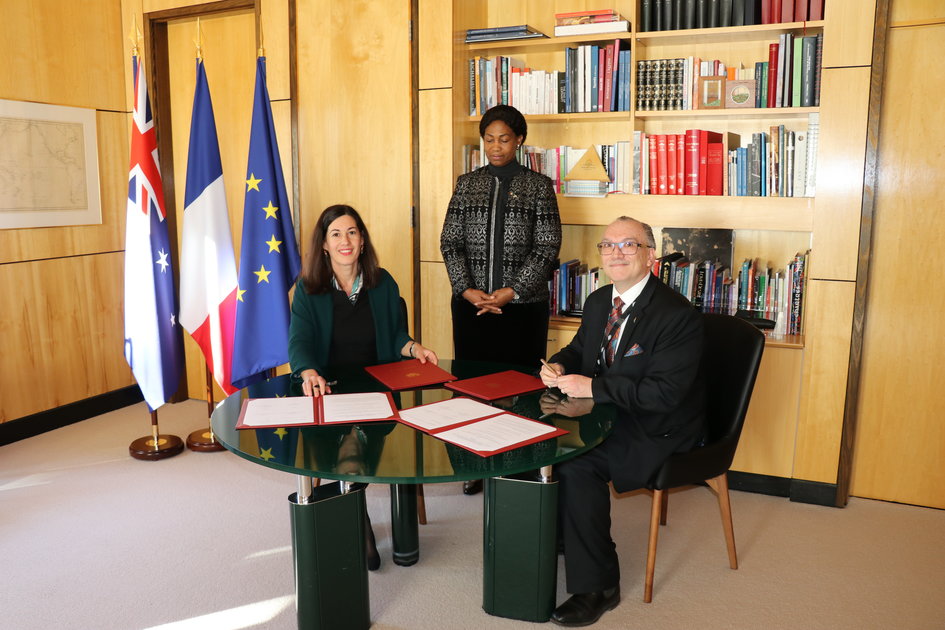 ​"Australia has committed $4.2 million to the Franco‑Ivorian International Counter‑Terrorism Academy, being delivered in partnership with France and Côte d’Ivoire.

“The Morrison Government is committed to keeping Australians safe from violent extremist groups that threaten the peace and cohesion of our society, and is proud to support international partners to do the same," Minister Andrews said.

The Academy was officially launched by the Prime Minister of Côte d’Ivoire, Mr Patrick Achi, and the Minister of Foreign Affairs of France, Mr Jean-Yves Le Drian, on 10 June 2021 at a ceremony in Jacqueville, Côte d’Ivoire. Australia was represented at the ceremony by its High Commissioner to Ghana, H.E. Mr Gregory Andrews.

For more information on ICTA : https://www.diplomatie.gouv.fr/en/french-foreign-policy/security-disarmament-and-non-proliferation/news/2018/article/africa-creation-of-an-international-counter-terrorism-academy-18-10-18