Home > The Embassy > Statements > France participates to the global effort to support PNG against (...)

France is proud to work alongside New Zealand and Australia within the FRANZ partnership in order to provide help to Papua New Guinea against Covid-19.

The tripartite agreement between France, Australia and New Zealand is known as the FRANZ arrangement.

This arrangement was signed in 1992 to coordinate French, Australian and New Zealand assistance for Pacific island nations during natural disasters. It has emerged as a very effective tool, while the frequency and intensity of disasters are increasing as a result of climate change, the first victims of which are these states.

Thanks to the projection capabilities of the French armed forces stationed in New Caledonia and French Polynesia, France has therefore participated in more than 15 relief operations in the Pacific region over the last 25 years: in Fiji, Vanuatu, the Solomon Islands, Niue, Papua New Guinea, Tonga, Tuvalu and the Cook Islands. During the last French presidency of this arrangement (2015-2017) we were able to provide a swift and appropriate response following the passage of Cyclone Winston (Fiji) and Cyclone Donna (Vanuatu).

Within the framework of the FRANZ arrangement, the Ministry for Europe and Foreign Affairs finances these operations through its emergency humanitarian fund. 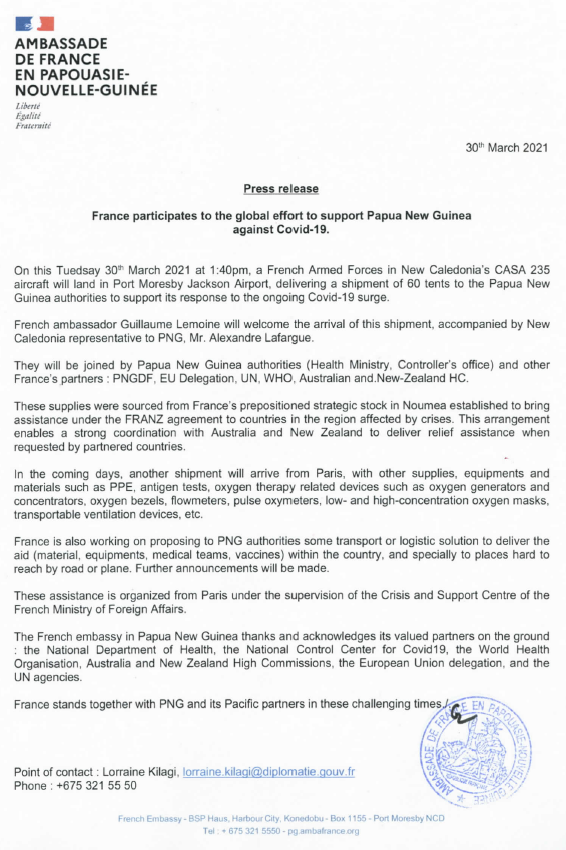